During 2019 the Port of Barcelona received approximately 3 million cruise passengers and it was those who start and end their cruise in the city that grew the most in number. Since spring 2018 the Port of Barcelona has a new cruise terminal, built and managed by the cruise company Carnival Corporation: the Helix Cruise Center. This terminal has a surface area of 12,500 square metres and is one of the largest cruise terminals in Europe.

Since 2010, Barcelona Airport offers during the cruise season, approximately from May 8th to October 29th, a combined check in for those cruise passengers who arrive at the Port of Barcelona, and then must to take a flight from Barcelona Airport El Prat, or vice versa.

During the 2015 season Barcelona airport attended more than 7,000 cruise passengers with nearly 10,000 pieces of luggage. The most active for the logistics of this operation cruise months were August and October.

The airlines Vueling, American Airlines, British Airways, Air France and KLM have 14 specific counters located at the Intermodal lobby of terminal T1 for this kind of passengers, where they can check in their luggage to Barcelona cruise port. For this operation, security filters in Regional Flights Area, and Shuttle Air Area in terminal T1, are enabled in order to expedite the access to the boarding area.

For passengers from a cruise and must to take a flight at Barcelona airport, Barcelona port facilities have 16 check-in desks intended for this operational Port-airport. The luggage is transferred directly to the airport, controlled by the automatic baggage handling system.

Ask your shipping company or in the information terminal points of Port of Barcelona if your airline offers service combined check in Port-Airport.

Airport to Port transfers, or viceversa

Barcelona Airport and the Port of Barcelona distant from each a distance of 12 kms. For transfers between the terminals from this infrastructures, and if you don't have a shuttle service concerted with some Touroperador travel agency, please visit the To & From airport sections.

If you need a shuttle or private transfer, please visit this section.

Cruise companies operating in the Port of Barcelona

Its fleet consists of 15 ships that go to more than 200 ports, offering the concept of Freestyle Cruising: complete flexibility and high level service.

They offer us 15 luxury boats and more than 130 destinations around the world, from the exotic Caribbean until icebergs of Alaska, without forgetting the Mediterranean, South America,..

They have a fleet of three ships: Grand Mistral, Grand Voyager and Grand Celebration. Its aim is to create a Spanish product intended for Spanish passenger.

It began operations in 2001 with a single ship, the Oceanic. Currently its fleet includes 6 boats travelling around the Mediterranean, Northern Europe and the Caribbean. Offers "All included" cruises in all its itineraries for a Spanish passengers.

With the most modern cruise fleet in Europe and an index of customer satisfaction 96%, Costa Cruises is synonymous of reliability, experience and prestige at sea.

Ocean liners like the Queen Mary 2 and the Queen Victoria give a sense of luxury that accompanies this cruise company. 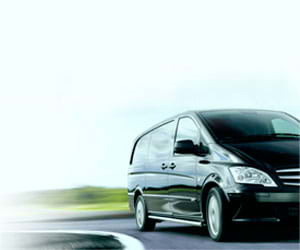